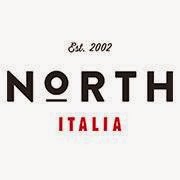 Ambiance:
North Italia is one of the newest restaurants to open in Houston. It is located in the Post Oak Blvd shopping center on Post Oak and San Felipe. Nestled behind Whole Foods, North Italia is described as “a love letter to Italy.” North is owned and operated by Fox Restaurant Concepts, who also own True Food Kitchen. As the restaurant opened, it quickly became a local hot-spot, bringing in people from all around the city all there for a little food and conversation. The ambiance of this restaurant is probably is selling point, beautiful casual, chic, hip interior. With small Italian influences on the decor  around the restaurant. Definitely represents my favorite type of restaurant look, casual, hip, chic.

What I Ate:
I’ve been there twice, once for dinner and once for lunch. During my first visit, I ordered the “Strozzapreti,” consisting of Strozzapretti tossed with roasted mushroom, spinach, pine nuts in a parmesan crea . It was a really basic meal, nothing jumped out as special and interesting. The second time around, I ordered the “Ricotta Gnocchi,” which consisted of a braised beef short rib, topped with Gnocchi in a horseradish creme with arugula. The short rib was heavenly in the sauce, I could care less for the Gnocchi, but I was left wanting more of the beef(WE WANT MORE, WE WANT MORE!)  Both dishes are said to be part of their most popular dishes. To drink we first ordered the Julietta, which sounded interesting from the description but turned out to not be as good. I then went with the Ducati, and boy was that bad boy so much better!!

Oh, let me not forget. For dessert, we had the Khalua infused Tiramisu with Mascarpone Mousse and topped with tiny little chocolate covered biscuit balls. In my own words, “the little balls got in the way,” and if the lady fingers could have been drenched with more khalua, that would have been epic. The Mascarpone Mousse was heavenly! 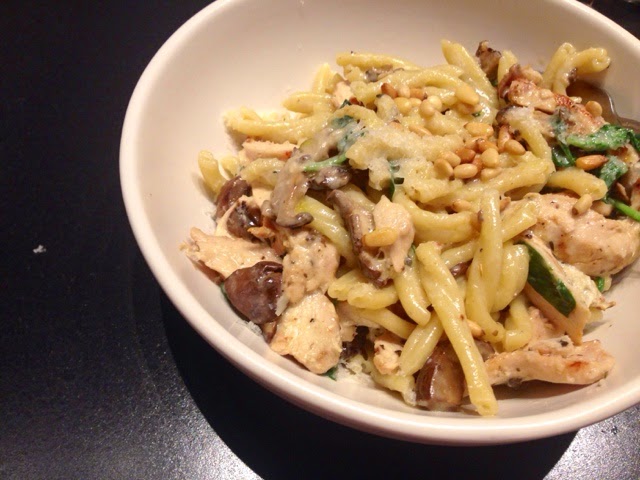 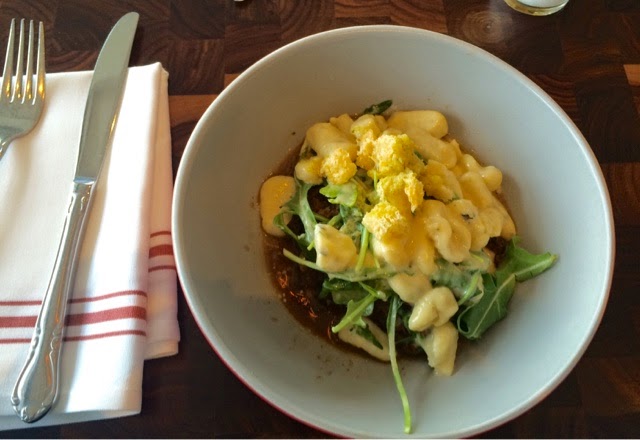 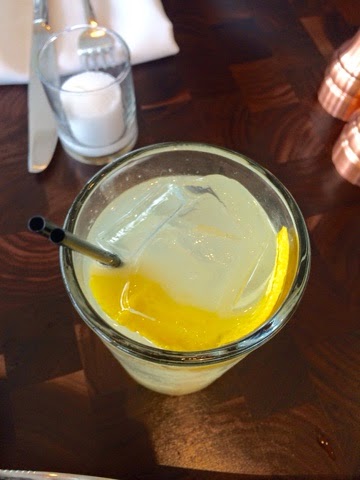 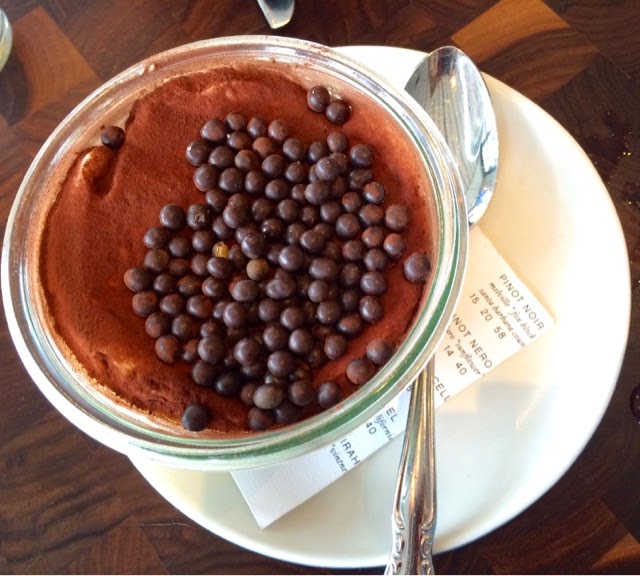