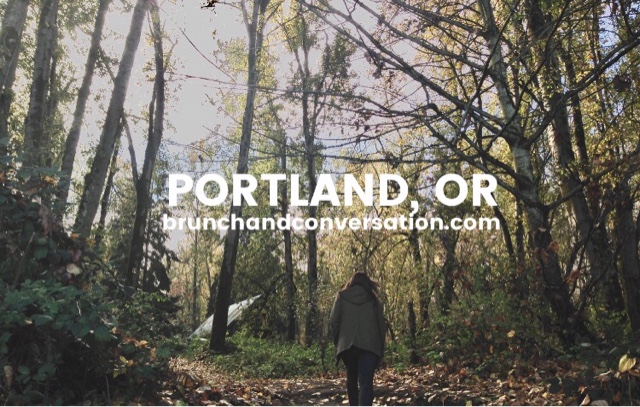 I’ve been quite busy over the past few months, hence why I haven’t posted about my work trip to Portland. I traveled to Portland for my last work trip back in November, literally right after the election. The trip made for an interesting experience as I had messages from loved ones telling me to be safe. During the time I was in Portland, they had one of the craziest( as the media painted it) protests. I remember noticing a large group of peaceful protesters at Pioneer Square one evening on my walk to Departure Restaurant and Lounge. On my walk back from dinner that evening, I noticed the group had left. It wasn’t until later that evening that I received texts messages and began hearing loud crashing sounds outside my window. It made for quite a weird experience of the city of Portland. 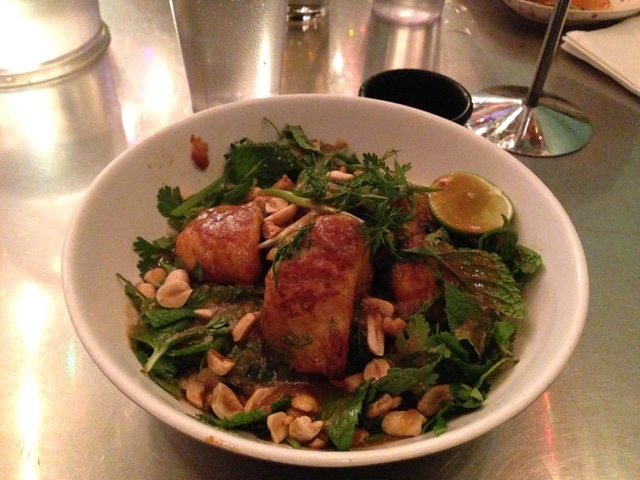 Prior to visiting, I had asked a couple of foodies food recommendations. Pok Pok was one of the restaurants that came up. One the evening of our first day, our job responsibilities landed us in the neighborhood where the restaurant is. For starters, don’t come expecting this to be a fancy looking restaurant but do expect the food to be good. Pok Pok is a Thai restaurant bringing all the flavors and creativity of Southeast Asia to America, focusing mainly on the flavors of North & Northeast Thailand. We were served their Pandan flower infused water(which actually tastes like tortillas and had me confused.lol). I ordered their ” Cha Ca ‘La Vong'”, their take on a Vietnamese restaurant’s catfish dish marinated in turmeric and sour rice. The dish was surprisingly delicious! I also had a taste of their Vietnamese fish-sauce wings and they were fab! 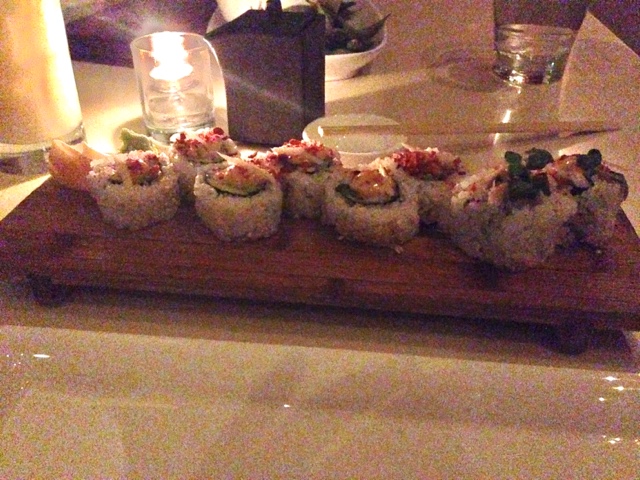 Departure is an Asian-fusion restaurant located sky-high in the Nines Hotel, offering guests a chance to mingle and relax in a luxurious atmosphere while enjoying great food and drink. I ordered some Edamame, a California Roll and their Okinawa Colada, made with a 7 spice infused Gruzan Rum. I would say the cocktail was the highlight to my night, before I headed back to my room to only hear crashing sounds outside my window. The highlight to this day was lunch at Urban Farmer, also located in the Nines Hotel building. This refreshing and urban farm-to-table restaurant brings the garden to a fancy luxurious hotel and does it very well. I ordered to go because I had some work to do, but that did not stop me from admiring this restaurant. I ordered their Grilled Chicken Sandwich which came with a side of fries. 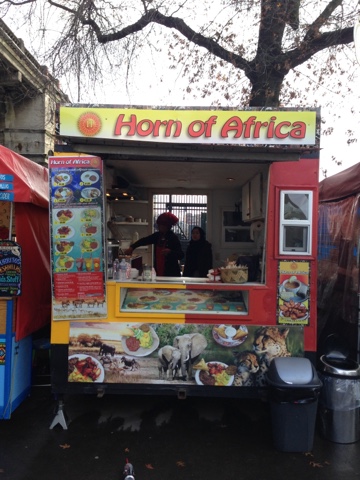 Prior to heading off to the airport, I grabbed some lunch at the Portland Farmer’s Market and also bought a few personal souvenirs for myself. I stopped at Horn of Africa and grabbed some plantains and a samosa before driving back to the airport to catch my flight back home.